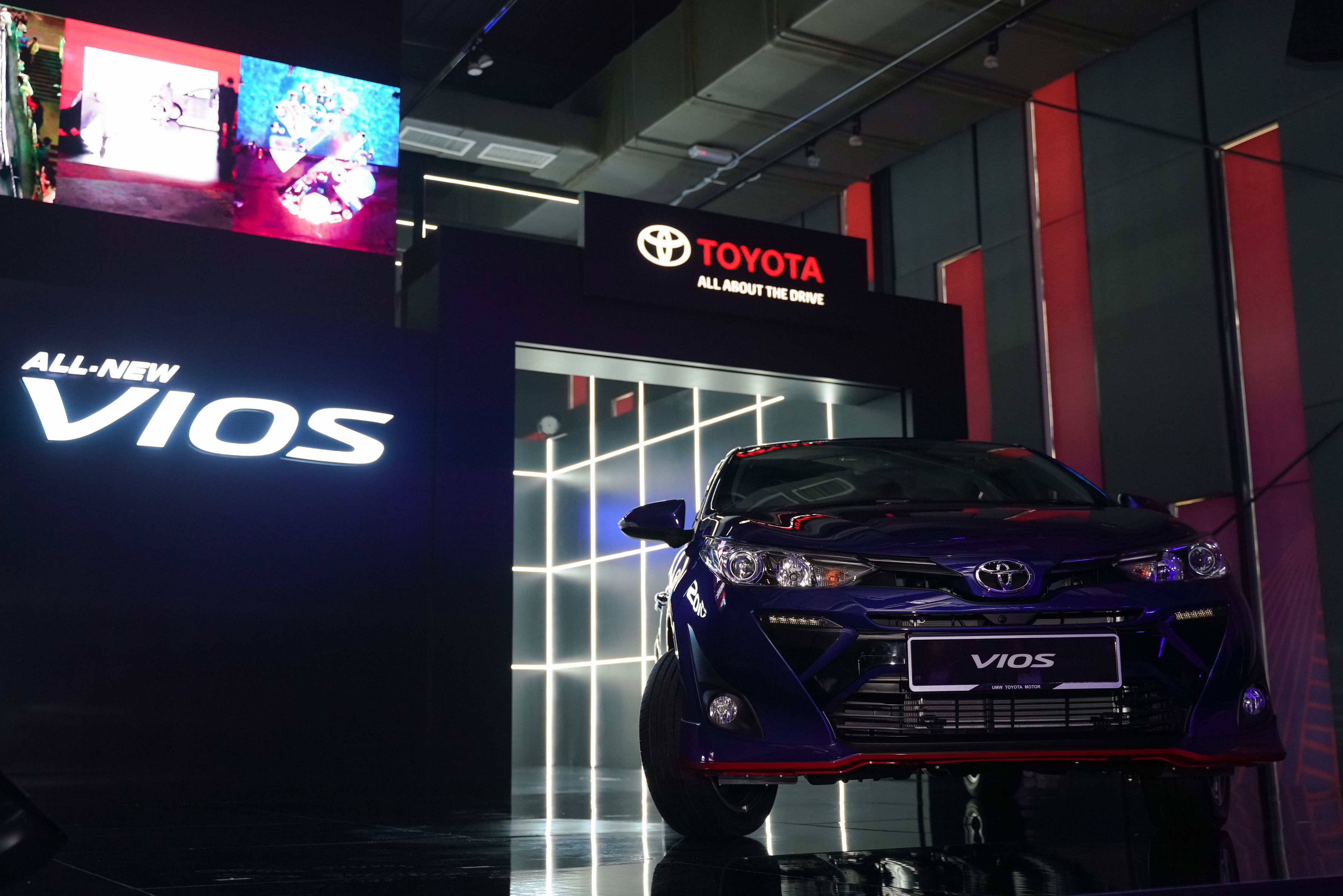 Kuala Lumpur, 24th January 2019 – Sportier and more advanced than its predecessor, the newest generation Vios was officially introduced today through its very own music video, a project created to defy convention and reignite Malaysians’ desire for this ever popular urban sedan. Featuring Malaysian celebrity Shukri Yahaya and beatboxer Shawn Lee, the music video has been appropriately titled “As Never Before” and promises viewers a brief yet inspiring and authentic 2019 Vios experience.

“The first ever Toyota Vios was introduced in 2003 and today, we are proud to present our All-New Vios – a car that has undergone vast improvements to take driving experience to the next level. Just as we consistently bring innovation to our cars, we wanted to do the same in how we communicate to our customers. We wanted to move past the norm and because music is a universal language, we embarked on a creative journey to produce a catchy music video that speaks directly to the hearts of our consumers while showcasing the enhanced qualities of the All-New Vios. We pride ourselves on being different from the rest of the competition, and hence, are celebrating the new Toyota Vios, As Never Before,” said Mr Ravindran K., President of UMW Toyota Motor.

The inspiration began from the brand itself with its new brand premise “All About The Drive” for the All-New Toyota Vios. It inspired Toyota to create marketing ideas beyond conventional mediums and leverage on digital content that came in the form of musical entertainment. The first attempt for Toyota and the Vios, the music video is an amalgamation of the car’s aesthetic design, on-road drivability and performance as well as the new image. “As Never Before” relied on placing special cameras on specific points on the car to shoot the music video, giving the brand the opportunity to highlight the car’s optimum styling, performance and drivability when manoeuvring tight corners and sharp turns.

“This was a bold move for Toyota. By pushing the boundaries of what a typical car commercial looks like, Toyota has cemented its place among inspiring brands. The entire production, from its inception, required approximately three months and over 50 people to complete. It was a quite an interesting challenge but at the end of the day, it was all worth it. We hope Toyota doesn’t stop here and that the creativity will be kept alive,” said Rajay Singh, one of three renowned film directors to produce this video.

““As Never Before” is by far the largest scale music video for UMW Toyota Motor Malaysia not only in terms of production scale but overall creativity and effort as well. We also added magnitude to the music video by having two of our leading drivers of Toyota Gazoo Racing (TGR) to represent the brand and complete the image of the All-New Vios. Right from day one, Shukri Yahaya and Shawn Lee had the perfect chemistry as they were the only two driving together since the inception of Toyota Gazoo Racing in Malaysia and they have held their own in several races in the Sporting Class,” said Akio Takeyama, UMW Toyota Motor’s Deputy Chairman who is also an accomplished TGR racer himself.

Shukri Yahaya, whose journey with Toyota motorsport began in 2017-2018 season as a TGR racer, said that he was excited to be a part of this project and is immensely proud of the collective effort invested to create this music video. “This isn’t a project I’m accustomed to but it is close to my heart given my nostalgic history with Toyota. The spirit of the 2019 Toyota Vios is to exceed expectations by recognising trends and innovations, and ultimately be something better. This music video personifies that, and we hope our fellow Malaysians will be motivated to be better as well,” he said.

Also a fellow TGR racer, beatboxer Shawn Lee added that the nature of how the music video was shot makes it even more impressive, solidifying it as a memorable event in Toyota’s marketing history. “It was an honour to have been a part of this music video. Beatboxing and entertaining has always been and will always be my passion, but this project has elevated that to another level. What makes this project special is the creative ability to fuse music and automotive to create something fresh – I certainly look forward to being involved in more of such projects,” said Shawn Lee.